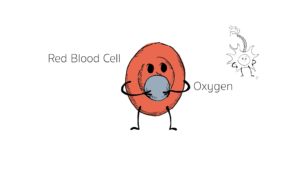 Throughout the last year, members of the Physics, Imaging Support, qMAP-PD and PLORAS teams from across the Wellcome Centre for Human Neuroimaging (WCHN) joined forces to deliver a multi-disciplinary public engagement project. Together with volunteers who participate in the Centre’s research, they co-created an animation to explain a core aspect of magnetic resonance imaging (MRI).

The final animation, ‘What is functional MRI?’, can be viewed here.

The initial concept behind this project was developed by the Centre’s Physics Group, who wanted to explore better ways to connect with research volunteers and people visiting the centre around the basic principles of MR physics.

MR physics underpins WCHN’s neuroscience research. The Physics Group reflected that they often receive questions from research volunteers about MRI and how it works, and they wanted to find a meaningful way to answer these questions. They decided that creating a series of animations would be an effective technique to clearly explain complex ideas in a way that could be adapted to suit different topics, and shared widely.

In order to develop the project, they collaborated with three teams from across the Centre who regularly interact with research volunteers:

With the support of the Centre’s Public Engagement Coordinator Joanne Thomas, they formed the Understanding MRI team, and successfully gained a WCHN Digital Engagement Grant to develop the project. Their first task was to focus on co-creating an initial single animation.

Central to the project’s success is the relevance of the animations to the groups of people who most frequently visit the research centre. Nearly 200 participants from both the PLORAS and QMap-PD research groups were surveyed to discover which MRI-related questions they found most interesting and salient. For the first animation, the Understanding MRI team chose to focus on the survey participants’ most popular question “What is functional MRI (fMRI)?”. 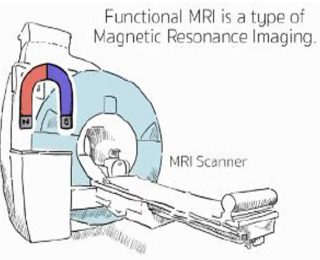 The project won the 2021 ‘Outstanding Public Engagement Project Award’ at the WCHN Public Engagement Awards Ceremony. The final animation is being shared across the Centre’s and team websites, and with new and existing research volunteers, clinicians and other relevant contacts.

You can read more about the project and the team’s reflections on taking part here.